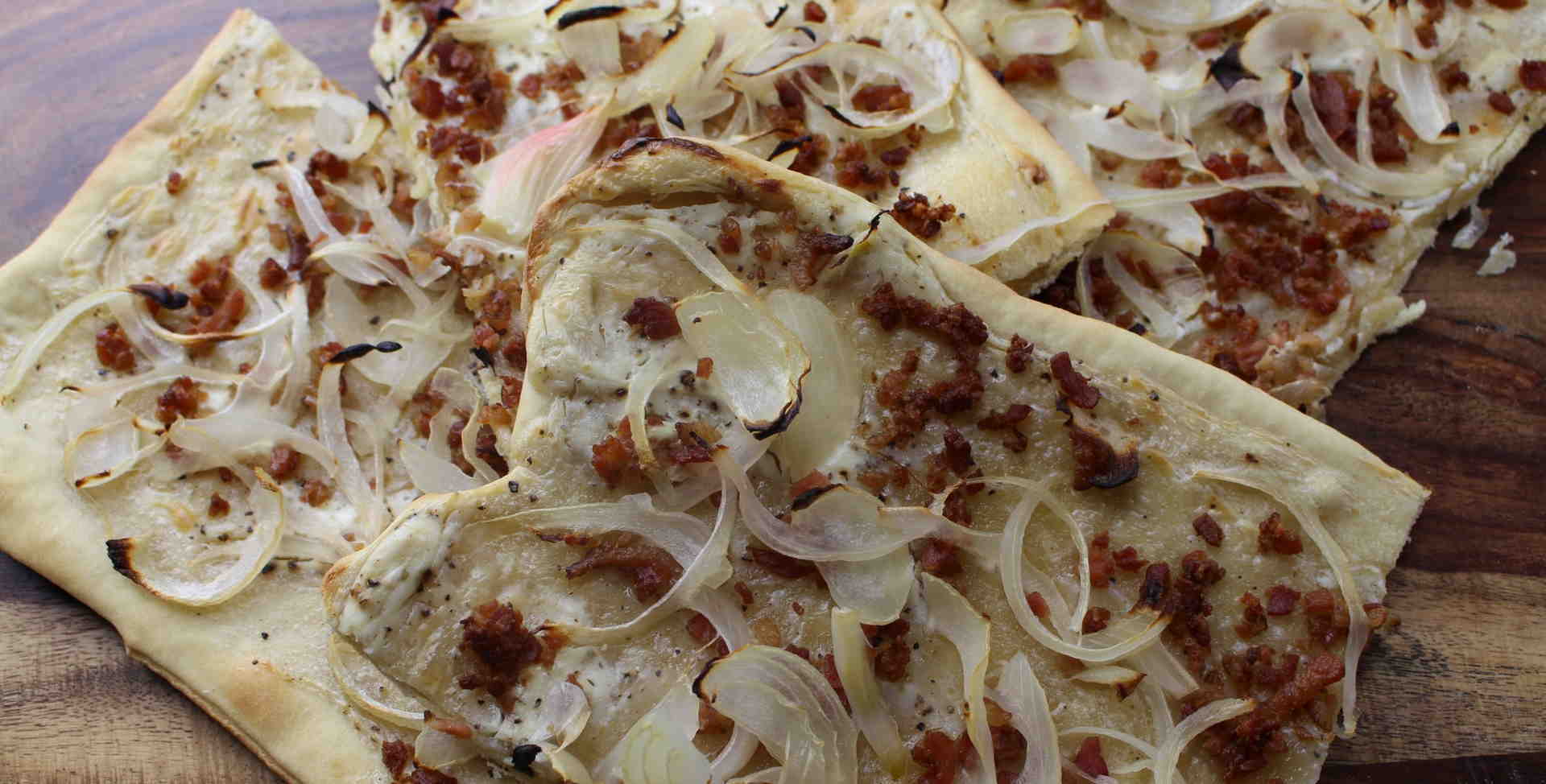 A flammkuchen or “Tarte Flambée”as they call it, or sometimes also called German pizza is a traditional Alsatian dish. Traditionally, the pizza like dish has a topping of a special kind of sour cream, bacon and onions.

But the beauty of this dish is that it can be made with any toppings you like. It’s a perfect recipe for those who enjoy cooking and experimenting in the kitchen.

Learn how to make a fast and easy version of a popular German snack, named Flammkuchen or often called German pizza. This snack is especially popular in the South of Germany and the Alsace region of France. If you love thin crust pizza you will like this snack with it´s thin, crispy crust.

Flammkuchen can be served as a starter, snack or even a main course. The simple dough is made from flour and water, and traditionally adds no yeast, even some recipes nowadays refer to the addition of yeast. After being shaped into the desired size it is placed on top of a hot stone in the oven for about 10 minutes before being taken out to serve right away.

How to make German Pizza aka Flammkuchen Video Tutorial

How to Serve Semolina Pudding?

Semolina pudding is delicious warm but can also enjoyed chilled. You can eat the pudding as is, with a cinnamon-sugar mixture or my favorite topping is apple sauce or fruit compote.