A tart sausage and cheese salad.

to learn how to pronounce "Allgäuer Wurstsalat" 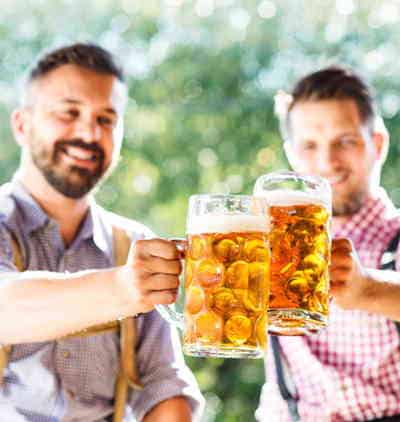 A German “Biergarten” (beer garden) is an outdoor restaurant where beer and food are served.

This culinary open air experience is a also a good way to find new friends or make some small talk with strangers as you will dine usually at shared tables.

Official beer gardens originated in the 19th century in Bavaria. But paintings show that the practice of consuming beer on the premises of local breweries are around since the 16th century.

In the beginnings no food, just beer was served by law in German beer gardens. But people were allowed to bring their own food to enjoy it a mug of freshly drafted cold beer. This practice is still followed at some places today.

This hearty “Allgäu” (a region in Germany) style “Wurstsalat” (sausage salad) is a staple in German beer gardens.

It is especially tasty and refreshing in the summer with a nice, cool beer. The best thing about it? It only needs a few ingredients. 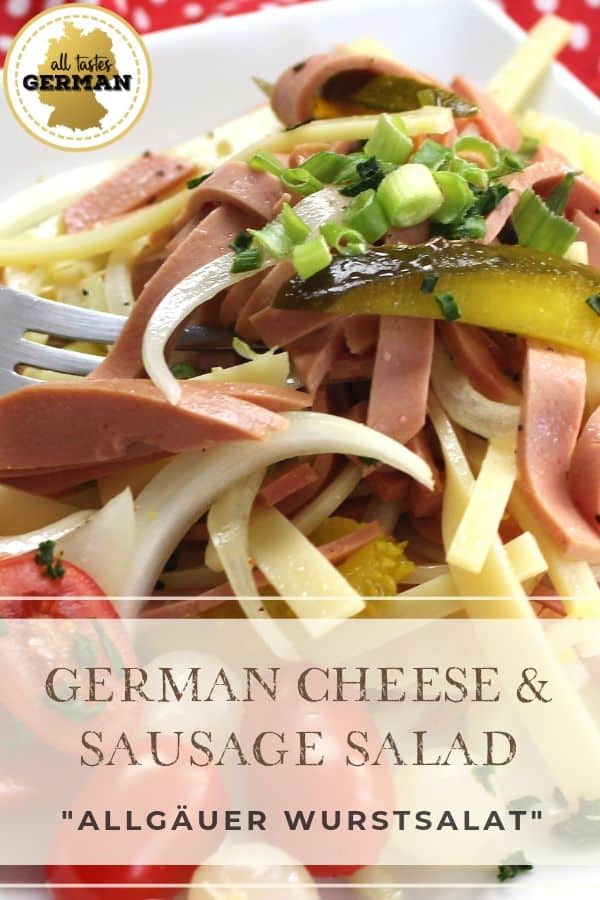 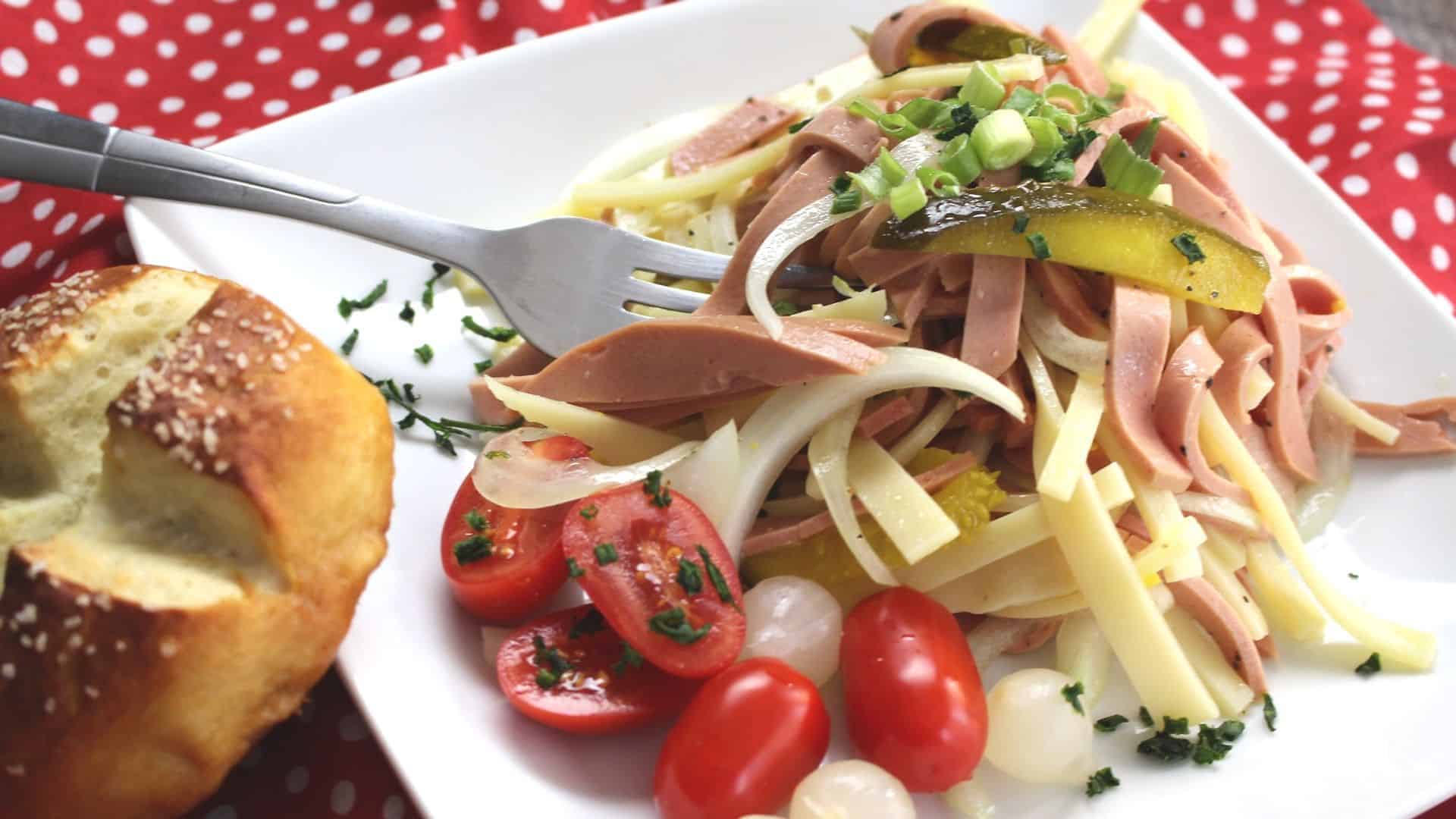 Serve this dish with homemade bread or a crispy roll.

Make this recipe with ham or finely cut “Leberkäse” instead of bologna as a deluxe version. 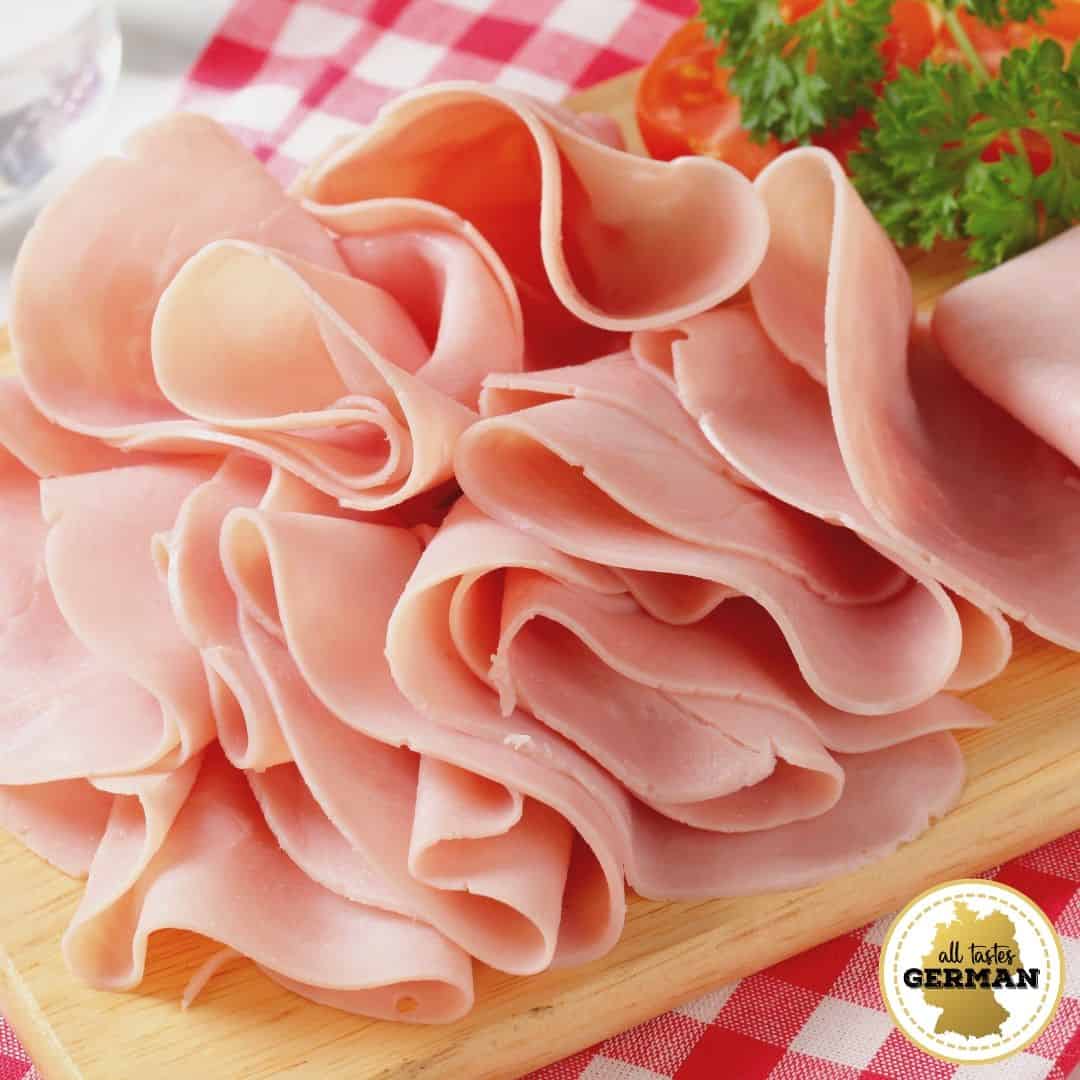 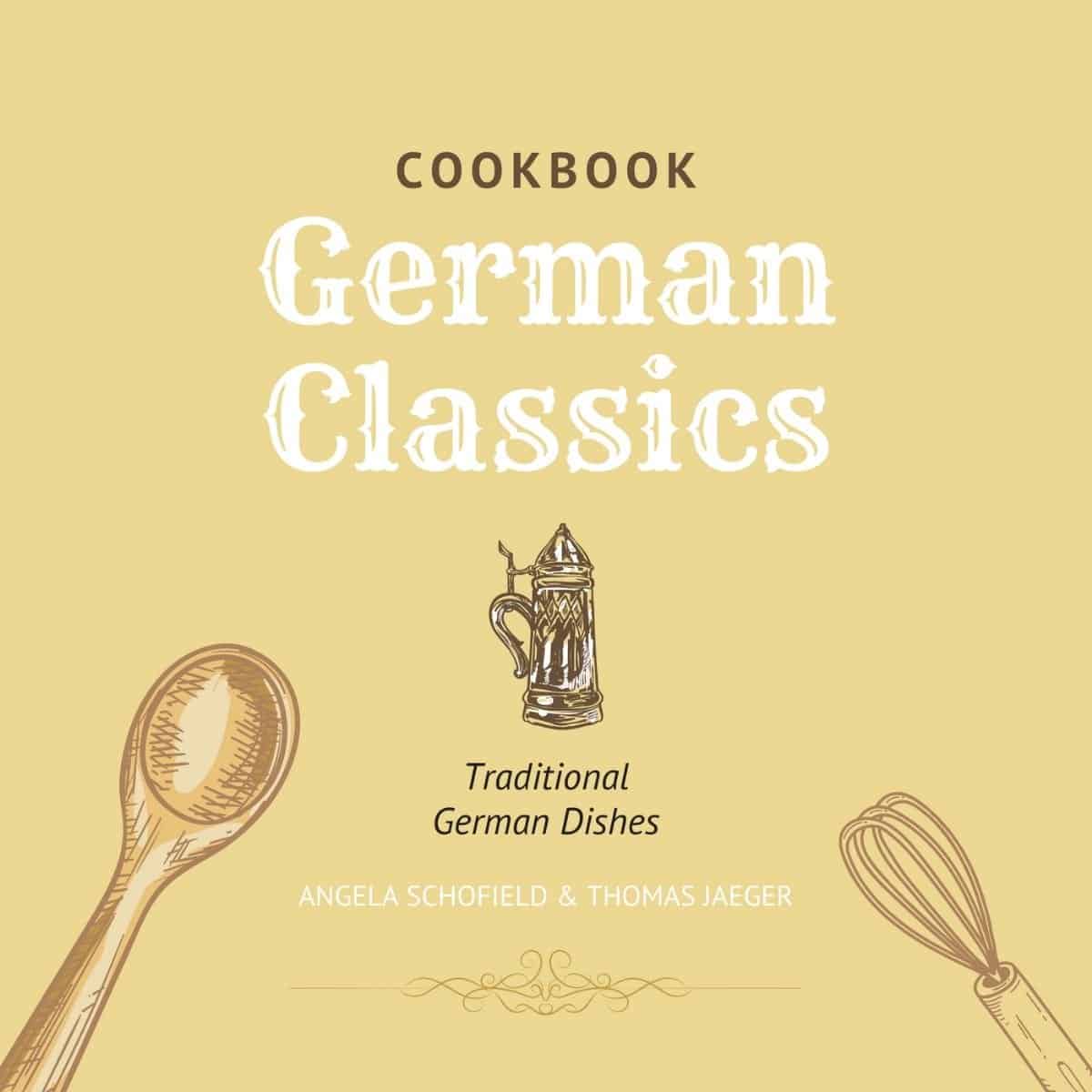 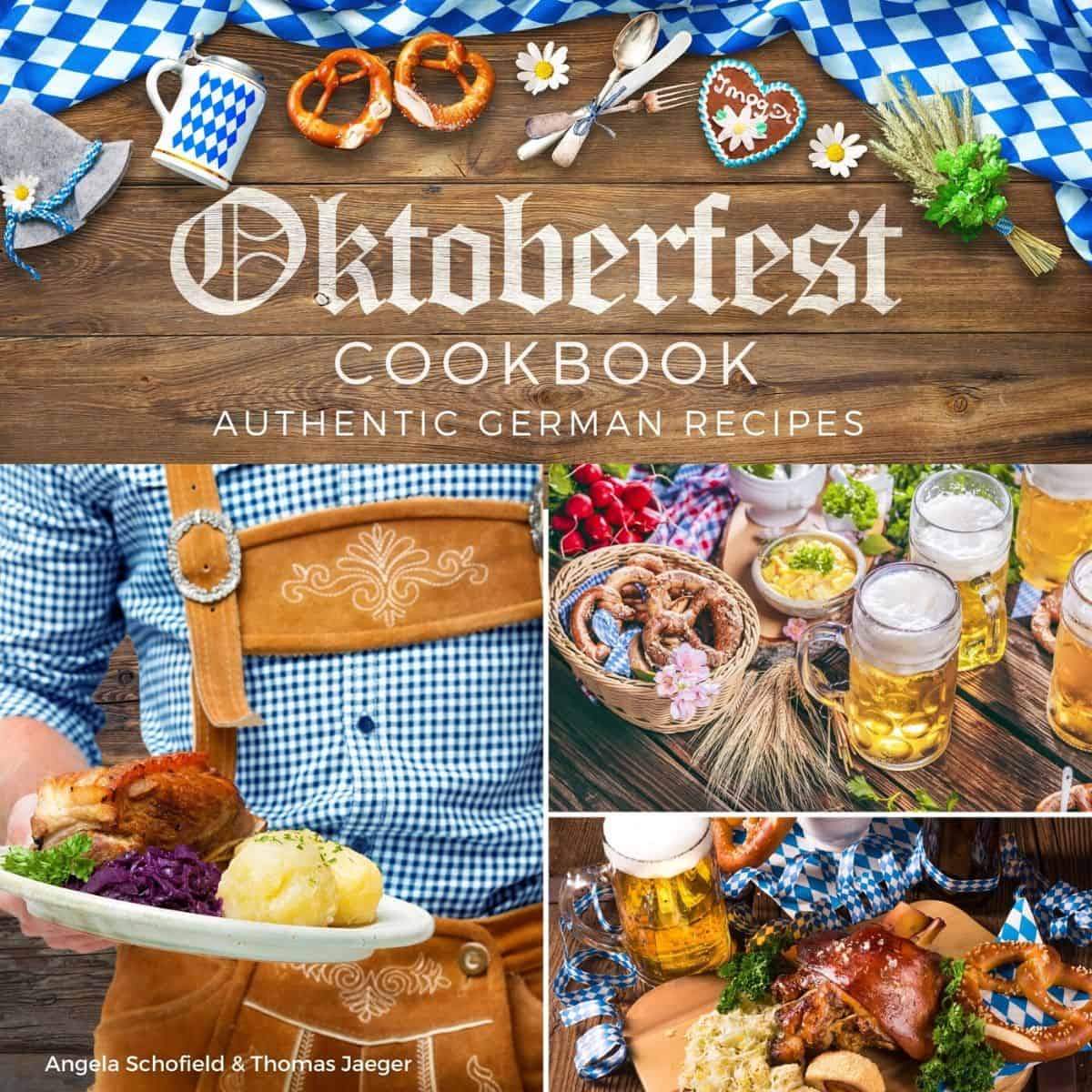 The owner of this site is a participant in the Amazon Services LLC Associates Program, an affiliate advertising program designed to provide a means for sites to earn advertising fees by advertising and linking to amazon.com as well as other retail websites. We do not promote products we do not own or would not buy ourselves. Our goal is to provide you with product information and our own personal opinions or ideas for any given product or category. You should always perform due diligence before buying goods or services online.