“Apfel” is the German word for “Apple”.

to learn how to pronounce "Apfelstrudel" 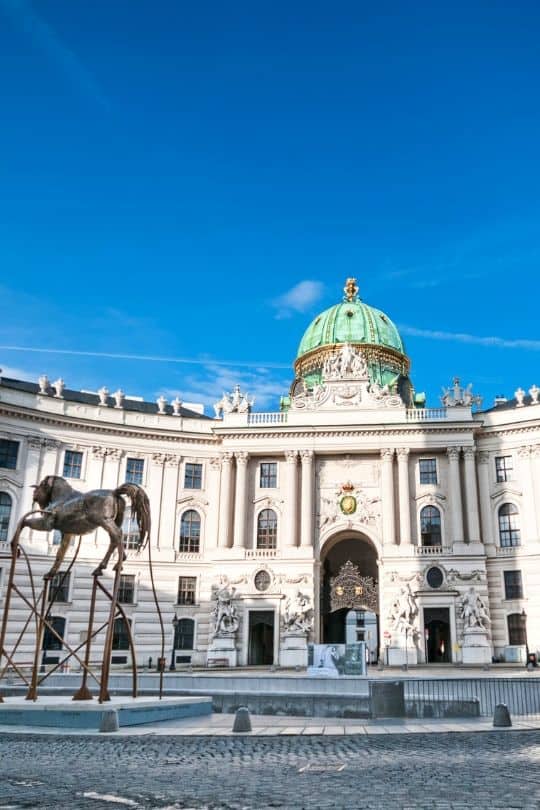 When talking about Strudel, it usually refers to a flaky dough specialty from the Habsburg area, with different sweet or hearty fillings. The dough is spread extremely thin, very carefully, then topped with filling and rolled up. Cut into slices, the pastry kind of looks like the identically named water vortex (directly translated, “strudel” means vortex).

The origin of the Strudel is most likely in Arabia, where it was brought through Egypt, Palestine and Syria, finally to Turkey. After the conquest of Byzantium, in the year 1453, the recipe of the Turkish Baklava came to Vienna, through the Balkan. At the time of the Danube-monarchy, the Apfelstrudel came to Vienna from Hungary.

How old the Strudel really is, will probably stay a secret of kitchen history. The oldest known Strudel recipe is found in a hand written document, from the year 1696, named “Koch Puech” and is found in the Vienna city library. At the latest during the 18th century, though, Strudel was incorporated by the Habsburgs and served as a dessert at the court of empress Maria Theresia.

The most famous execution of this delicious pastry is the “Apfelstrudel” (apple strudel) and “Topfenstrudel” (quark strudel). But strudels can be also filled with other fruity and even savory fillings. 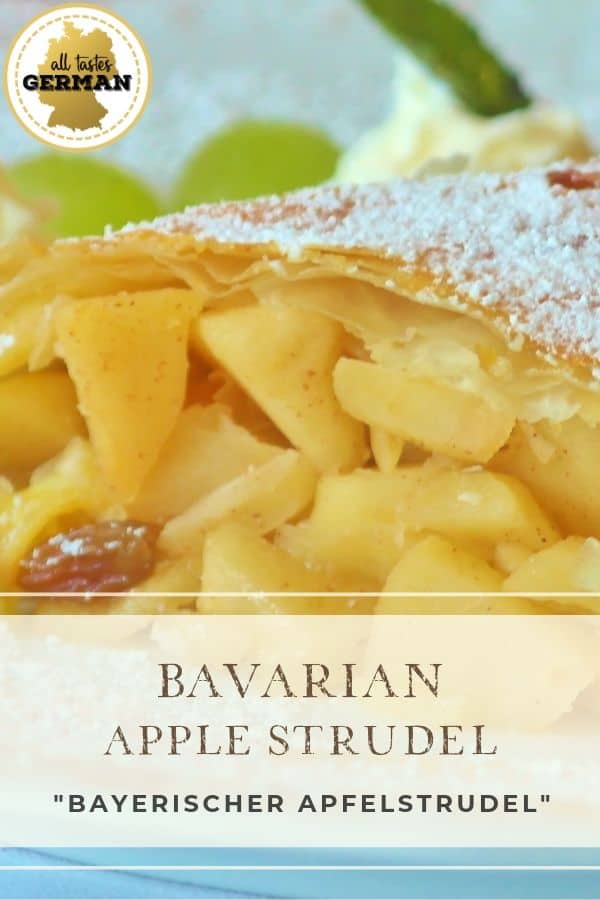 Serve with vanilla sauce or ice cream and a nice dollop of whipped cream.
Tried this recipe?Mention @AllTastesGerman or tag #alltastesgerman!

Serve with homemade vanilla sauce and a generous dollop of  whipped cream or a scoop of vanilla ice cream. 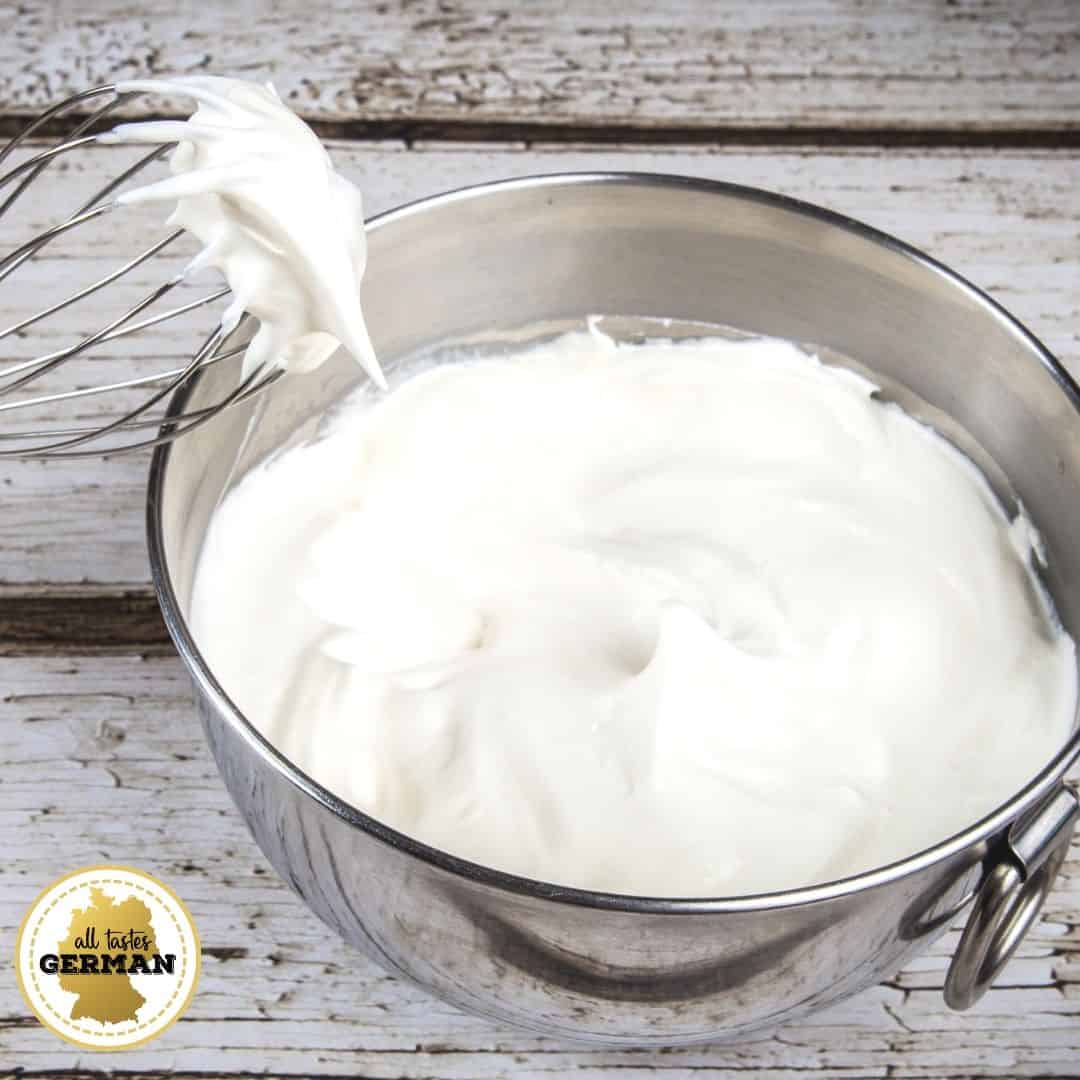