What is a Currywurst?

A German sausage with a flavorful curry-tomato sauce.

to learn how to pronounce "Currywurst" 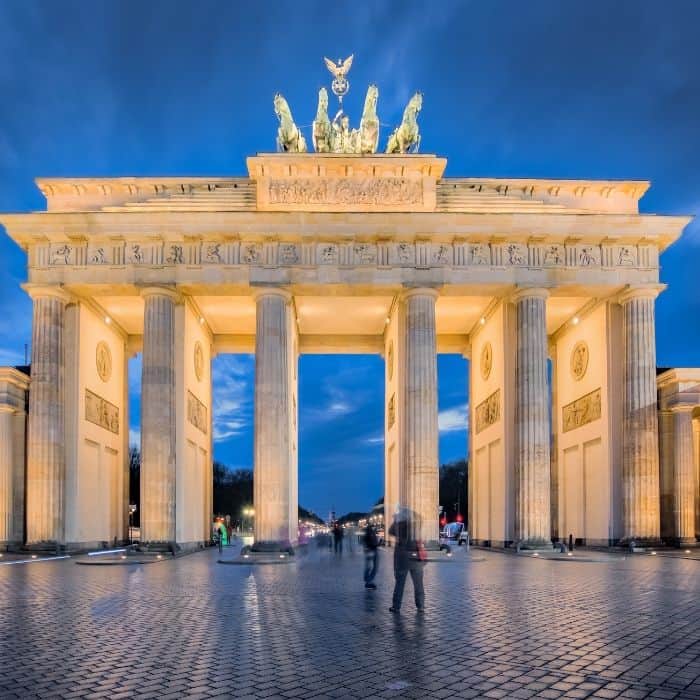 The birth of the currywurst took place only a few years after the second World War. According to the Welt der Wunder, the snack stand owner Herta Heuwer reported that it was a rainy day when she mixed the first curry sauce on September 4th, 1949, clearly out of boredom. She wanted to spice up her post war meal, so she traded some German alcoholic beverages to the English for some curry powder,

The ingredients were reputed to be peppers, ground pepper, tomato puree, and different spices – she then poured the signature creation over a boiled and cut into pieces sausage.

The combination of chili and ketchup was patented as “Chillup” shortly thereafter.

Currywurst comes with or without skin, and is cut up into small pieces then served covered int he curry sauce.

Some places serve a sweeter version and some a tangier version of the sauce.

More than 800 million of these tasty sausages are estimated sold annually. 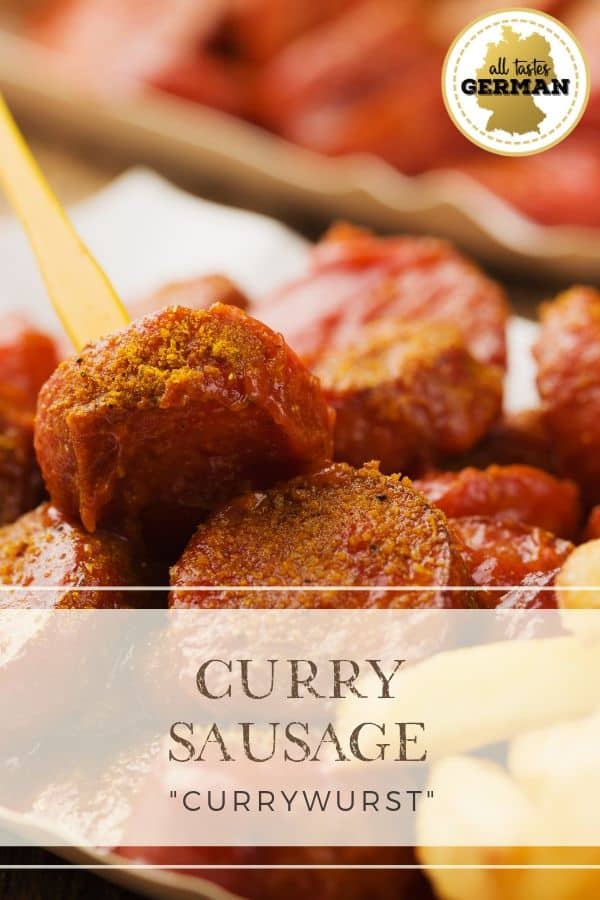 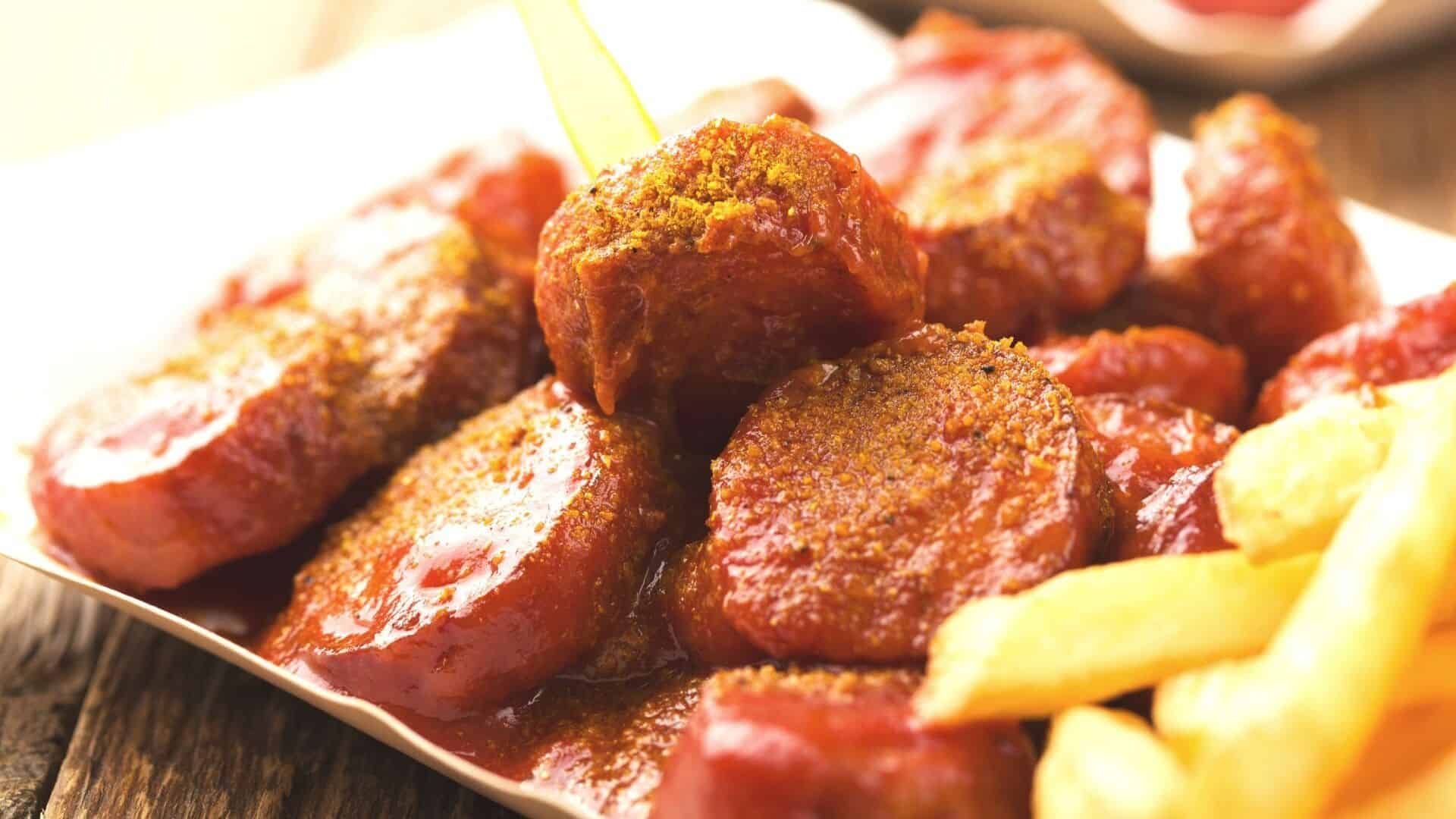 Serve with a German roll or french fries.
Tried this recipe?Mention @AllTastesGerman or tag #alltastesgerman!

Don´t forget to sprinkle some extra curry-chili powder on top of the sauce. This gives the authentic Currywurst it´s signature look.

Currywurst is usually served with a side of french fries or a crispy bread roll. 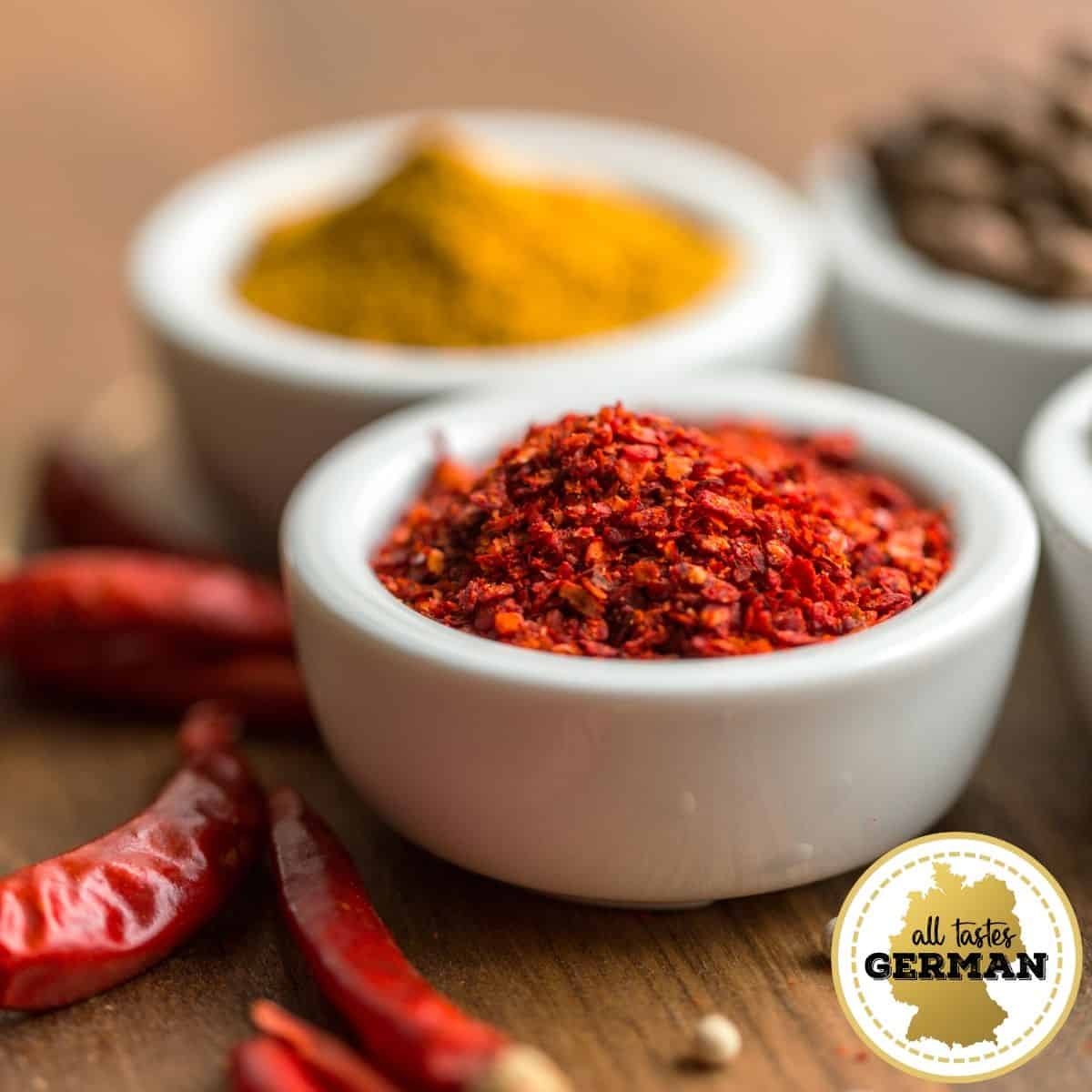