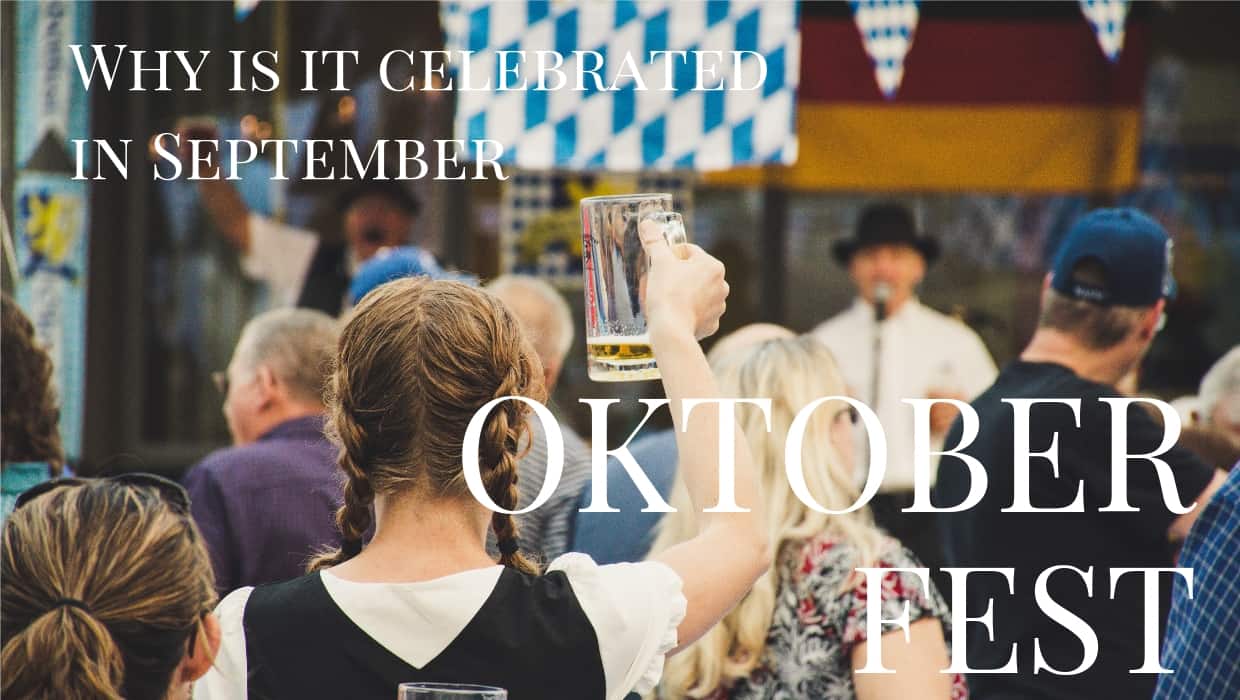 Why is Oktoberfest celebrated in September?

Probably the most famous festival in Germany is the Oktoberfest. By name, one should assume that the festival is celebrated in October. But if you look at the date of this folk festival, then the question arises, why is Oktoberfest celebrated in September?

The explanation is simple. It’s the weathers fault. The first Oktoberfest started on October 17th. Today the legendary event starts exactly one month earlier and usually ends on one of the first days of October. The blame for this date shift is the weather, because it is usually quite cold in October in Munich and it rains a lot. This would cloud the mood among the visitors that many of the activities take place not only in the marquees but also in the outdoor area.

The first Oktober fest in 1810 took place in honor of the wedding of the Bavarian Crown Prince Ludwig with Princess Therese of Saxe-Hildburghausen. The celebrations began on October 12, 1810 and ended on October 17 with a horse race after the harvest was done for the year and the place was ready for the wedding celebrations. In the following years, the festival was repeated, then later extended and brought forward.

The celebrations were often interrupted by pouring rain. In 1829 it got even worse, because four days after opening a snow blizzard swept over Munich. Everything got closed and terminated the Oktoberfest for that year. In the 1872, when the fields around the event location had been converted into building land, the famous event moved to September. It was not until 1904 that the city council finally adopted today’s rule, according to which the Oktoberfest main Sunday should be between the 28th of September and October 4th.