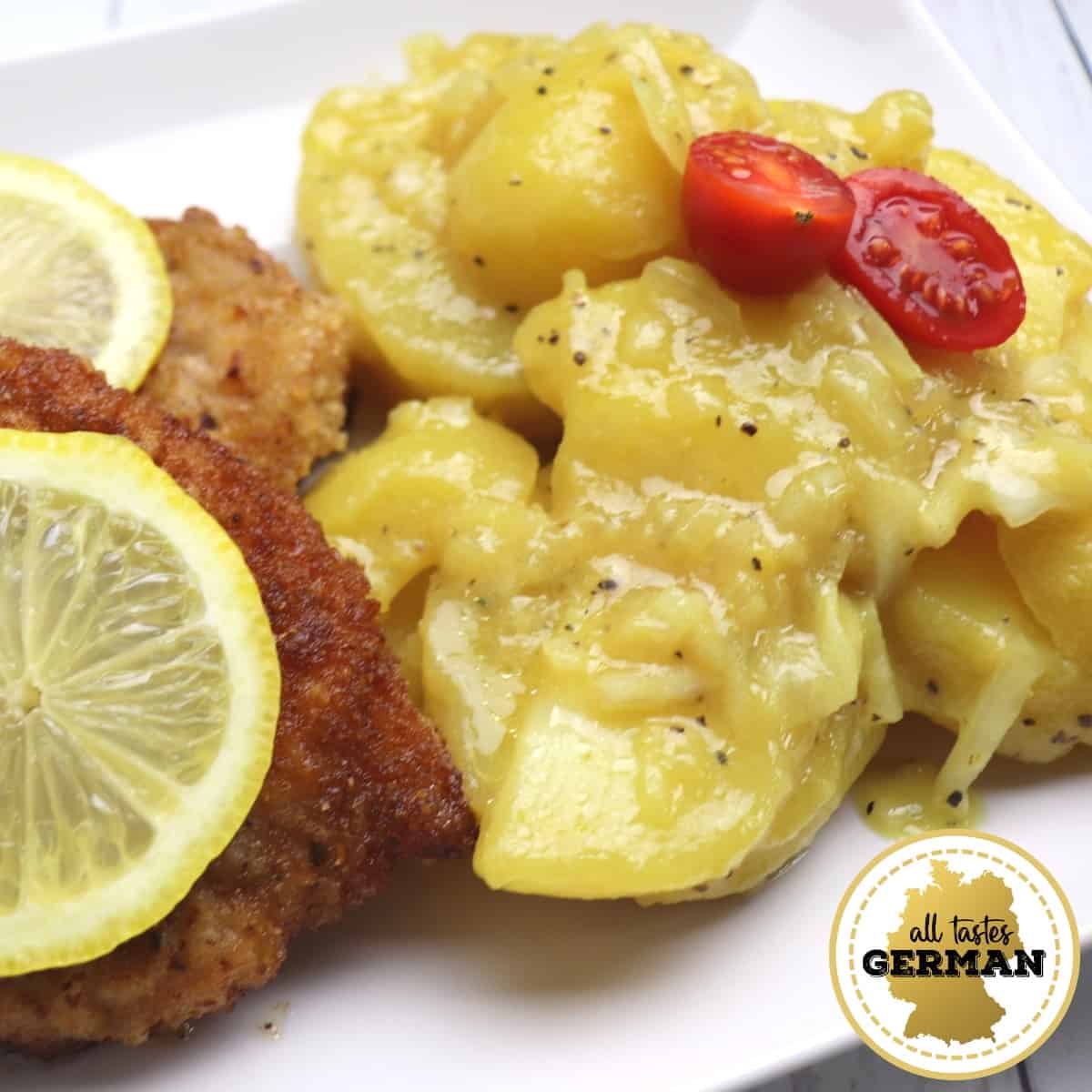 Swabian potato salad is marinated while the potatoes are still warm, this allows to soak up the dressing better. Southern Germans would never dream of adding mayonnaise or yogurt to their potato salad.

Swabia is a region in Southern Germany, in the state of Baden-Würrtemberg. The state where Mercedes Benz and Porsche have their headquarters.

The preparation of the Swabian potato salad is considered a type of holy matter by the Swabians. It is told that brides would have to serve this salad to their future in laws before the wedding. This test would decide whether the bride would be considered worthy by the mother in law to marry her son.

The actual “inventor” of the potato salad is still a mystery. Apparently, the oldest recipe in German originates from an Austrian monetary from the year 1621.

How is Swabian Potato Salad called in German?

How to pronounce “Schwäbischer Kartoffelsalat”?

Listen to this audio file to hear how to say “Schwäbischer Kartoffelsalat” in German.

How is Swabian Potato Salad made?

Southern German potato salads are the only potato salad recipes in Germany with an oil & vinegar dressing.

In all other areas of Germany, you will find potato salad recipes that include creamy mayonnaise and yogurt dressings. Often these recipes will also include special ingredients, for example gherkins, radishes, eggs and apples. You can also find variations that add fish, ham and meat bits.

Because of their waxy texture, yellow and red potatoes stay firm throughout cooking. They are your best choice to make tender yet firm potato salad.

Salt and pepper to taste, I prefer:

For a variation, peel and slice 1 cucumber. Add the cucumber at step 9.

The Swabian potato salad tastes best when luke warm. But it doesn’t do it any harm to let it seep covered for a day at room temperature. It should never be served directly from the fridge.