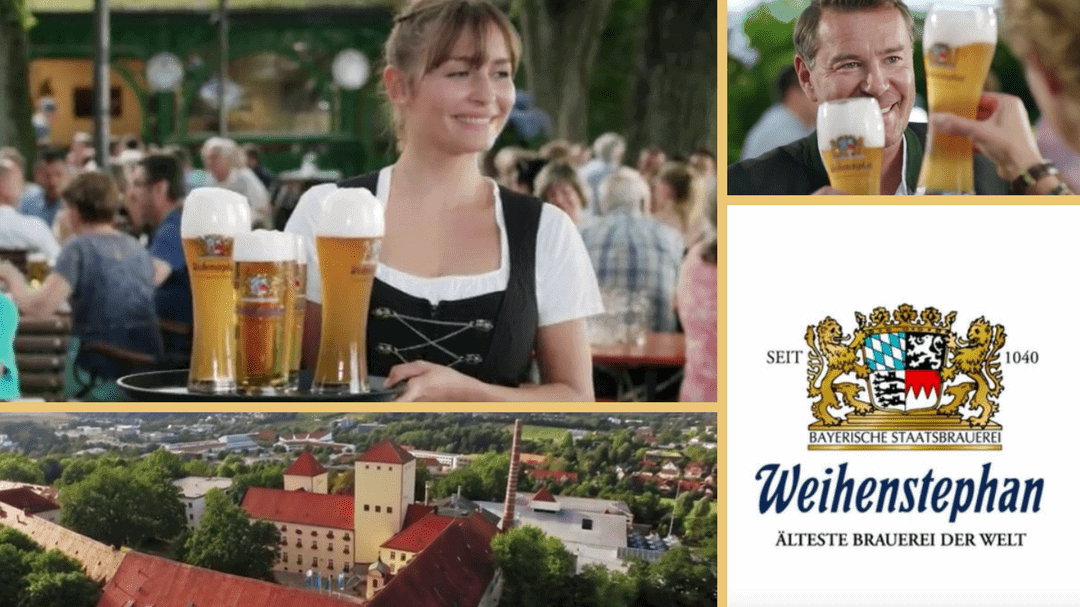 If you ever wondered when people drank the first beer in Germany – here are some interesting facts about the oldest German beer:

The Weihenstephan State Brewery is known as the oldest still existing brewery in the world. As early as 1040, the then Benedictine monastery of Weihenstephan had the right to brew beer in the town of Freising and also to sell it. However, it is to be assumed that the monks have produced the popular hops juice much earlier. As early as the year 725, hop growing can be found in the surrounding country of the monastery.

Learn more about the oldest brewery in Germany

Verdant hop fields stretching as far as the eye can see, rich golden barley and bubbling, fresh spring water – the ingredients of Weihenstephaner beer are also at the heart of the new corporate video from the Bavarian State Brewery Weihenstephan. The video focuses on stunning, emotional imagery that encapsulates the number one requisite for achieving pure, entire beer perfection: selection of the very finest raw materials.

Once their quality is guaranteed, the individual brewing skills of Weihenstephan’s master brewers come into effect. The informative, contemporary video reveals why such special expertise is at home at the Bavarian State Brewery Weihenstephan, and how the world’s oldest brewery collaborates so successfully with the innovation-driven Research Centre Weihenstephan.

Deeper insights into the fascinating world of beer brewing are provided in short interviews with Prof. Dr. Ludwig Narziss, among the world’s best-known experts on brewing science with profound knowledge of his subject, and the Managing director, Prof. Dr. Josef Schrädler.

How do you say Weihenstephan?

In case you was wondering how to pronounce the German beer brand Weihenstephan you should watch this video. You will hear how Americans think the name is pronounced and at the end you will learn how to say it correctly. Surprise your friends with some insider knowledge.

In this video “NewBrewThursday” does a collection of beers from the Weihenstephan brewery. They taste and review the Original Premium, the Kristall Weissbier, the Hefeweizen Dark, the Korbinian and the Vitus.

Did you try the oldest German beer before? What is your favorite? Let us know in the comments…