You can serve liver dumplings not only in a soup but also as a side to a traditional German meal.

Liver dumpling soup is a staple at the Oktoberfest and a popular starter on German restaurant menus.

How is liver dumpling soup called in German?

Listen to this audio file to hear how to say "Leberknödelsuppe" in German. 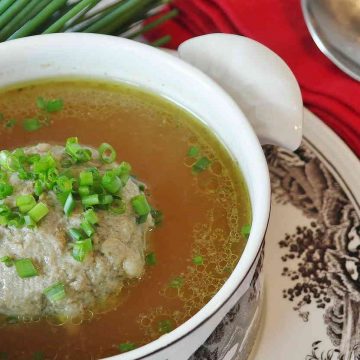 Sprinkle with chopped chives or parsley right before serving.