Learn how to make a very popular Bavarian dish named Rahmschwammerl which is a creamy mushroom dish. This German pan dish gets its flavorful taste from the mixture of fresh and dried wild mushrooms. But if you don´t have dried mushrooms on hand you can leave this part out of the recipe.

Listen to this audio file to hear how to say "Rahmschwammerl". 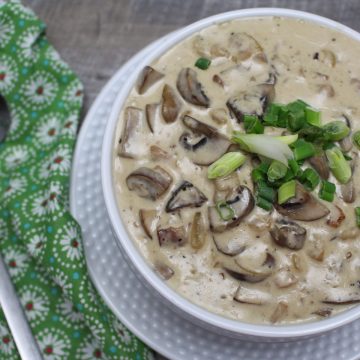