Have you ever baked bread at home and then been disappointed, because the end result just wasn’t the same as fresh bread from the bakers, and almost had a boring taste? It is possible that you are missing the right spices in your recipe!

Finished bread usually contains around one and a half to two percent salt (proportional to the amount of flour).

A home-made bread spice mixture is the secret ingredient to a strong, full aroma! Bread spices can be bought ready-made in Germany. Many ready-made mixtures often contain flavour enhancers, salt and fillers though. But it is actually incredibly easy to make your own mixture, with a personal note!

How is Bread called in German?

How to pronounce "Brot"?

Listen to this audio file to hear how to say "Brot" in German. 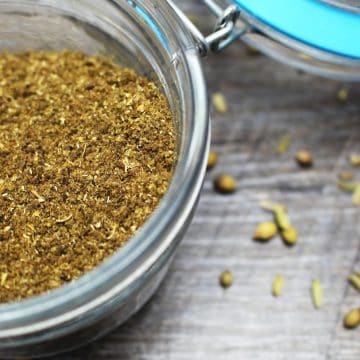 Tip: Depending on whether you want a stronger or slightly minder bread, 1 to 2 tablespoons of the finished mixture is enough for a bread dough containing 500g of flour.