Attention beer fans! This beer tiramisu is something for you! Creamy, sweet, and with the taste of your favorite beer.

Try this delicious dessert with a slightly bitter note as delightful finale of your German dinner.

How is this dessert called in German?

How to pronounce "Weissbier"?

Listen to this audio file to hear how to say "Weissbier" in German. 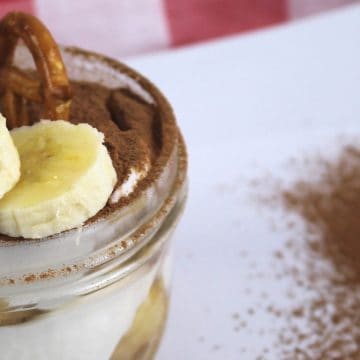 Tip: The dessert should be prepared the day you will serve it. Otherwise the ladyfingers will get too soggy.

This dessert is perfect if you want to use up a started beer. Try this recipe with different beers to find your favorite flavor.

Serve with a tiny glass of the same beer as a dessert.