We are often asked “what kind of vegetables do Germans serve with their main dishes?” One of the favorite vegetables that Germans serve is cauliflower. Most of the time, it is just steamed and topped with a sauce, but sometimes the cauliflower is breaded and fried golden brown like in this recipe that I will show you in this post.

How is Cauliflower called in German?

How to pronounce "Blumenkohl"?

Listen to this audio file to hear how to say "Blumenkohl" in German. 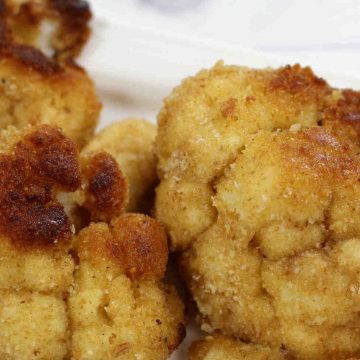