Learn how to make a German apple pastry named Apfelschnecken. This pastry reminds me of cinnamon rolls with apples and raisins. This is a very special video as I have a little helper who will show you that it’s really a snap to make this delicious German pastry.

How is this Apple Pastry called in German?

Listen to this audio file to hear how to say "Schneckennudel" in German. 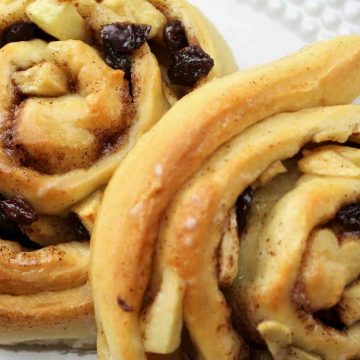