“Leberwurst” is a spreadable sausage. Some people say it reminds them to deviled ham.

Many regions in Germany have distinct recipes for liverwurst. Adding ingredients like pieces of onion or bacon to the recipe make each variety of liverwurst very important to cultural identity.

The liver and blood sausages come from the house slaughters, that were widespread in rural regions until far into the 20th century.

At these house slaughters all parts of the pig should be used if possible and of course, the liver and blood were also included. Since both spoil quickly, they were processed into sausages as quickly as possible.

Later on new “Leberwurst” recipes were developed which include only small amounts of liver.

How is liver sausage called in German?

How to pronounce "Leberwurst"?

Listen to this audio file to hear how to say "Leberwurst" in German.

Liver sausage is cooked sausage that can be spread on bread.

Traditionally it contains mainly pork meat, small amounts of liver as well as onions and spices.

Liver sausage is available in fine or coarse variations. The fine “Leberwurst” texture reminds to a liver pate and the coarse variation has more structure and visible small meat pieces.

Additionally there are numerous recipes with all kinds of meats, such as veal and poultry and creative variations with peppercorns or pieces of truffle or mushrooms. 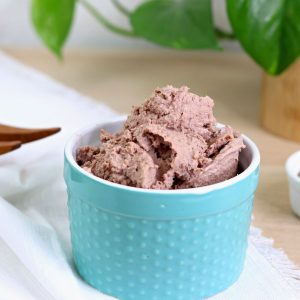 This recipe makes about four ½ pint jars of liver sausage.

Try this recipe with chicken liver instead of pork.

Serving Tip: Spread on slices of homemade fresh German bread or a crispy German roll and decorate with a pickle.