The German name for these bread dumpling logs is “Serviettenknödel”, which means napkin dumpling, as they were cooked in the old days in a napkin or kitchen towel. In this recipe we choose a less messy way and used aluminum foil, but the taste remains sooo delicious.

How is this Side Dish called in German?

The dumpling dish is called "Serviettenknödel".

Listen to this audio file to hear how to say "Serviettenknödel" in German. 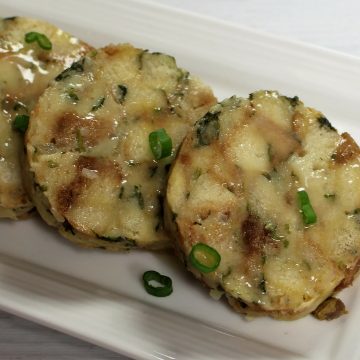